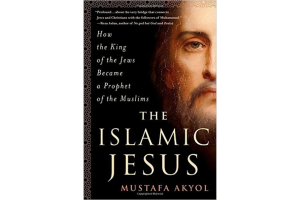 Mr. Mustafa Akyol, a journalist and moderate Muslim. Quoting the write up in the above write up in Christian Science Monitor, “For starters, all three worship the God of Abraham. This is not breaking news, of course, but author Mustafa Akyol makes the most of this and other commonalities.”

The Quran advocates the absolute worship of God alone (“You shall not worship except God”) and for us not to make distinction among God’s Messengers.

The messenger has believed in what was sent down to him from his Lord, and so did the believers. They believe in GOD, His angels, His scripture, and His messengers: “We make no distinction among any of His messengers.” They say, “We hear, and we obey. Forgive us, our Lord. To You is the ultimate destiny.” [Quran 2:285]

This commandment is repeated in three other verses in the Quran.

The message of all messengers of God including Abraham, Jesus and Muhammad was the same – You shall not worship except God; also known as the First Commandment in the Torah, Gospel and the Quran.

The Arabic word “Islam” translates in English language as “Submission” and thus all messengers including Jesus and Muhammad practiced the Religion of Submission to God.