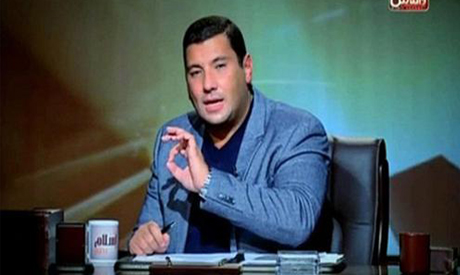 An Islamic Reformation is the world’s best chance for peace

If a young woman, before her marriage or after it, is found to have had sexual relations with another man not her betrothed, she is sentenced to be stoned to death. By contrast, a man who rapes or seduces a young girl usually must pay a fine to her father, and offer to marry her himself.

This punishment, ordained by God, is not confined to the ideologues of Islamic State. It is to be found in the holiest books of Jews and Christians: in a part of the Jewish Torah, known to Christians as Old Testament’s book of Deuteronomy.

This punishment is not found in the only sacrosanct and the only source of religious law for Islam – the Quran. The Quran has none of the drivel as proclaimed above, nor any of the spectacle of Islam reflected by its adherents in their treatment of women, freedom of religion, their dress, etc.

The various sects in the Islamic world have no disagreement about the Quran. However, each of them have their own version of Hadith & Sunnah and thus disagree, fight end even kill each other based on their version.

The reformation in Islam is crucial and the pathway to it are the Words of God in the Quran.

“Man” to a degree meant also “woman” — but far from completely. The idea of male supremacy continues worldwide. Only under the influence of liberal and socialist reformers, emancipatory movements and feminism did (some) cultures recognize real, substantial equality of the sexes — rarely completely.

The Quran 1400 years ago gave the woman the rights of divorce, the right to own property and equality. The Quran gives the example of Sheba, a believer, a woman and a head of a nation. Western women got these right only in the last few centuries. It is the man made fabrications of Hadith and Sunnah which stripped the women of such rights.

At a talk in London, Morris poured scorn on those Western leaders – As President Obama and UK Prime Minister David Cameron — who argued the attacks on the magazine Charlie Hebdo in January had “nothing to do with the true religion of Islam.”

We can state categorically that the attacks on the magazine Charlie Hebdo in January had “nothing to do with the Quran.”

An Islamic Reformation of following only the Quran and rejecting the man-made fabrications of Hadith & Sunnah will happen and when it does, we agree with John Lloyd when he writes:

An Islamic reformation would be painful, surely internally violent — as reformation’s various phases were in Christianity. It would mean the sharp diminution of the power of the Imams; frontal challenges to the moral framework of millions, and to the power of religiously based dynasties, like the House of Saud. But if reform, and opening a space for free, unafraid debate, is to move from the fringes to the center and allow the majority to encompass both secular citizenship and devout practice, this hard transition is necessary — especially for Muslims themselves, the first and most numerous victims of extremism.