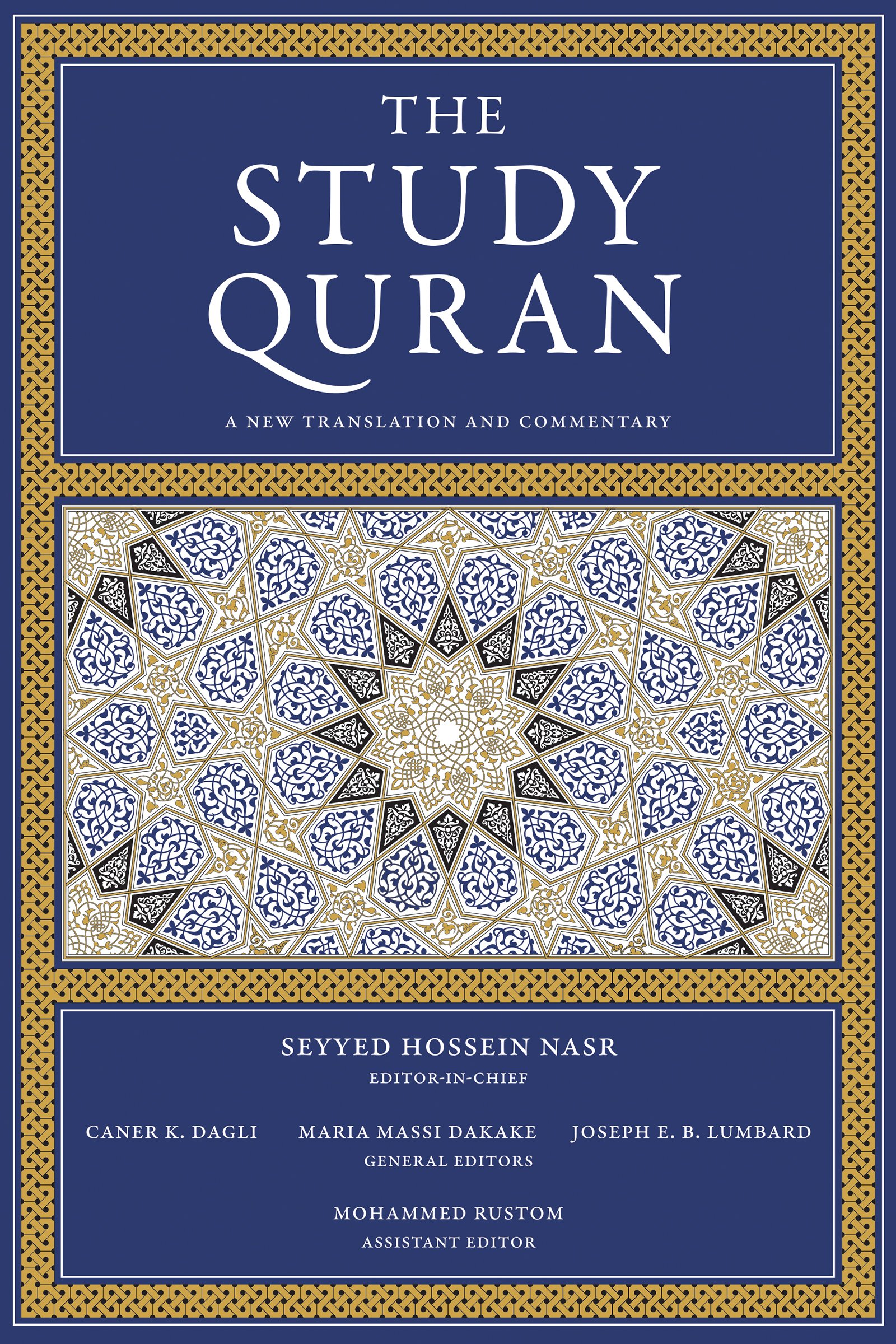 And when God is mentioned alone, the hearts of those who believe not in the Hereafter recoil. But when those apart from him are mentioned, behold, they rejoice. [39:45 – The Study Quran]

The translators of the Quran and the editors of THE STUDY QURAN validate that they do not follow nor observe God’s Words and commandments in the Quran. They demonstrate the condition of the majority of those who call themselves Muslims (the Arabic word Muslim translates in English as Submitter) who have either no knowledge of the Quran or if they do have the knowledge they simply do not obey God’s Words in the Quran.

Their translation (used here) states that the Quran is fully detailed for religious law and the only acceptable Hadith and Sunnah. BELIEF in God dictates that God should be BELIEVED. The editors and translators of this project do not believe nor submit to God’s own Words in the Quran.

Say, “What thing is greatest as testimony?” Say, “God is witness between you and me. And this Quran has been revealed unto me, that thereby I may warn you and whomsoever it may reach. Do you bear witness there are other gods beside God?” say, “I bear no such witness.” Say, “He is only One God, and truly I am quit of that which you ascribe as partners unto him.” [6:19]

(Say) “Shall I seek a judge apart from God, when it is He Who has sent down unto you the book, expounded?” Those unto whom We have given the Book know that it has been sent down from thy Lord in truth; so be not among the doubters. [6:114]

The Word of Thy Lord is fulfilled in truth and justice. None alters His Words, and He is the Hearing, the knowing. [6:115]

We have indeed brought them a Book, which We have expounded with knowledge, as a guidance and a mercy for a people who believe. [7:52]

Following a source other than Quran is but idolatry (18:27) as a god other than God is being followed for religious law.

And who shuns the creed of Abraham, but a foolish soul? We chose him in this world and in the Hereafter he shall be among the righteous. [2:130]

And they say, “Be Jews or Christians and you shall be rightly guided.” Say, “Rather [ours is] the creed of Abraham, a hanif, and he was not of the idolaters,” [2:135]

Say, “Truly my Lord has guided me unto a straight path, an upright religion, the creed of Abraham, a hanif, and he was not of the idolaters.” [6:161]

Then we revealed unto thee, “Follow the creed of Abraham, a hanif, and he was not among the idolaters.” [16:123]

Just like the Arabic word Hanif is untranslated above, The Study Quran translators and editors could have left the Arabic Words Hadith and Sunnah untranslated in the following verses. Leaving those two words untranslated would make sense as those words are increasing referred to in the media.

Certainly in their stories is a lesson for those possessed on intellect. It is not a fabricated account (Hadith); rather, it is a confirmation of that which came before it, and an elaboration of all things, and a guidance and a mercy for a people who believe. [12:111]

So in what discourse (Hadith) after this will they believe? [77:50]

These are the signs of God that we recite unto thee in truth. So in what discourse (Hadith) after God and His signs do they believe? [45:6]

So leave Me with those who deny this discourse (Hadith). We shall lead them on little by little, whence they know not. [68:44]

So in what discourse (Hadith) after this will they believe. [7:185]

And among mankind are those who purchase idle discourse (Hadith) to lead astray from the way of God without knowledge and who take it in mockery; for them there shall be humiliating punishment. [31:6]

God has sent down the most beautiful discourse (Hadith), a Book con-similar, paired, whereat quivers the skin of those who fear their Lord. [39:23]

But their believing benefited them not when they saw Our Might. [That is} the wont (Sunnah) of God which has been passed among His servants; and the disbelievers were then lost. [40:85]

The first commandment – you shall not worship except God – is central to The Quran, the Torah, the Gospel and the Creed of Abraham.

Know, then, that there is no god but God, and ask forgiveness for thy sin and for the believing men and believing women. God knows your coming and going, and your abode. [47:19]

NO DISTINCTION AMONG MESSENGERS

The Quran forbids us in making any distinction among God’s messengers. The Religion of Submission (In Arabic: Islam) is a Religion of God. It is not a religion about Mohammad, Jesus, Moses, who among others were merely messengers of God.

The messenger believes in what was sent down to him from his Lord, as do the believers. Each believes in God, His Angels, His Books, and His messengers. “We make no distinction between any of His messengers.” And they say, “We hear and obey. Thy forgiveness, our Lord! And unto Thee is the journey’s end.” [2:285]

But those who believe in God and His messengers and make no distinction between them – unto them He will give their rewards. God is forgiving, Merciful. [4:152]

DESERTION OF THE QURAN

And the Messenger will say, “O my Lord! Truly my people have taken this Quran for foolishness.” [24:30]

And so too have the translators and editors of The Study Quran taken the Quran as foolishness.

The Sunnis, Shias and the various sects in Islam have no differences about the Quran. Each sect has its own “authentic” Hadith. Each sect draws conclusions about various verses of the Quran through the lenses of their Hadith. So too have the translators and editors of The Study Quran. The simple and clear verses and the words of the Quran are drowned by the words of humans. The Creator’s Words are secondary to the words of God’s human creatures to the translators and editors of The Study Quran.

By giving the words of men in Hadith and Sunnah abrogation authority, over the Word of GOD in the Quran the translators and editors of The Study Quran have committed the very thing GOD commanded not to do in verses 6:114-115.

The Hadith and Sunnah literature may be valuable as sources of history but none of them can be used to derive meanings of the Quran. All interpretation and meaning should be derived in light of the Quran.

IN LIGHT OF THE QURAN

O you who believe! Ask not about things which, if they were disclosed to you, would trouble you. And if you ask them while the Quran is being sent down, they will be disclosed to you. God has pardoned this, and God is Forgiving, Clement. [5:101]

Obey God and His Messenger.
Where do we find details about Salat in the Quran?

1 thought on “The Study Quran Translation”

This site uses Akismet to reduce spam. Learn how your comment data is processed.